For almost two years, I had been using the System76 Kudu laptop. It was huge (17") and clunky for a university laptop, but I appreciated how you could just install and run most Linux distributions with no hardware compatibility issues. This gave me freedom to install any distribution without worrying much about driver support. I switched away from the laptop, for reasons I explained on my blog post about the System76 Kudu. 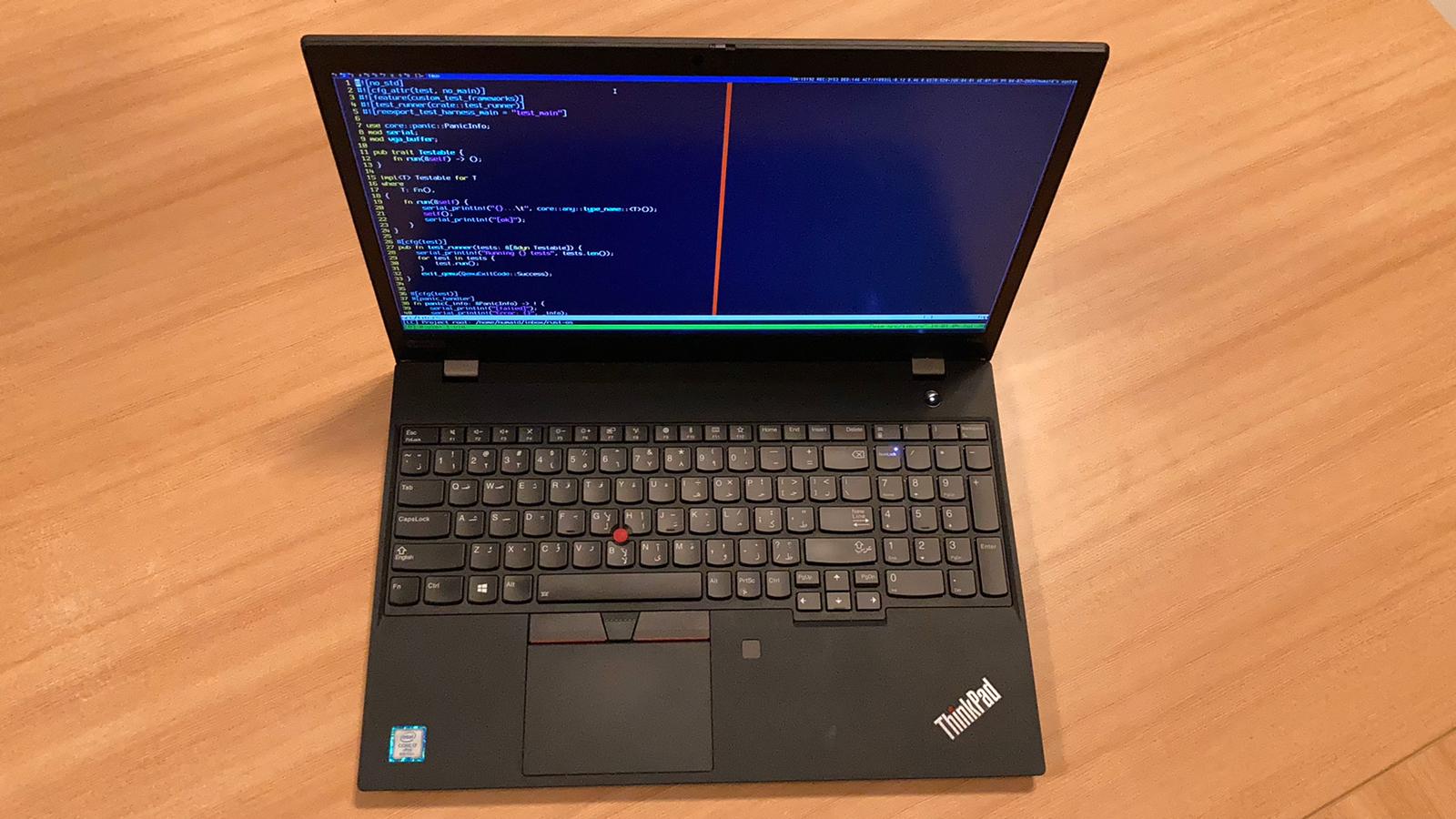 ThinkPads are known for their reliability, many Linux enthusiasts and businesses rely on ThinkPads due to the Linux support and durability of the hardware (respectively, most businesses don’t really care about Linux).

This is a blog post mostly inspired by jcs’s style, except it isn’t mainly about OpenBSD compatibility.

I attempted to install OpenBSD 6.6 on the ThinkPad. Installation was fine, but it seems that it doesn’t support the Wireless-AC 9560 even though it states that it is supported by the iwm driver. I had to manually install iwm using fw_update, but I still was unable to get the driver loaded. The wireless driver appeared as an “unknown device” on dmesg.

It would be nice to try OpenBSD as a daily driver at some point in the future, but for now I’ll keep on using Void Linux, which is in some way more similar to the BSD operating system family than other Linux distributions.

After browsing and comparing the ThinkPads on Lenovo’s website, I picked the T590 as it has a larger screen (15") than the T400s series (which is 14"). I opted for a integrated graphics rather than a dedicated graphics card, as this usually solves a lot of problems regarding graphics drivers, 16GB of RAM, 1TB of SSD (NVMe).

I also went for the FHD (1920x1080) display, I love bitmap fonts (I use spleen) and I don’t care much about higher resolutions. Usually I face issues regarding scaling with HiDPI displays, hence I am avoiding it for the near future.

On the left side of the laptop there are two USB-C ports (one of which is Thunderbolt, with the slot for the docking station), a USB-A port, a regular HDMI port, an audio jack (out), and a microSD reader.

On the right side of the laptop there is a Kensington security slot, a regular Ethernet port, air vents, a USB-A port, and a smart card reader.

There is also the fingerprint reader on the right of the mousepad, an NFC reader on the left of the mousepad, and a WWAN SIM slot on the back of the laptop. The speaker is placed on the laptop above the keyboard, I found the sound quality to be more than decent. Sound qualiy was certainly a big improvement from the my previous System76 Kudu laptop.

The laptop build was solid, the keyboard is comfortable to use. The webcam has a built-in cover, which is something I appreciate.

The media keys are enabled by default, if you need to use the function keys you’ll have to use the Fn key, or toggle the FnLock (with Fn+Esc). Luckily, there is a BIOS option to make the Fn keys default, disabling the FnLock status light. So it is possible to have the keyboard completely dark (except the power button, which is separate from the keyboard).

I faced a CPU throttling issue which can be fixed with throttled, but this seems to be resolved. The Arch Wiki page on the T590 was very useful.

This is my fourth post in the #100DaysToOffload challenge.